What if I mess up too badly or for too long?  Can I lose my salvation?  Many believers who take an honest look at the mistakes they make after they profess Christ ask questions like this.  Many who look at the disturbing warning passages in the New Testament come away with the same questions.  And that’s before we even consider our more judgmental moments looking at other people who claim to be God’s, but live like the devil’s.

But maybe, “Can I lose my salvation?” isn’t quite the right question.  I think we might be focusing on the wrong transaction when we ask the question that way.  I think the question may only even get asked because of the way we think about being saved.

If I went fishing on vacation without a life jacket and fell out of the boat because I wouldn’t let go of my fishing rod, I might need to be saved from drowning. 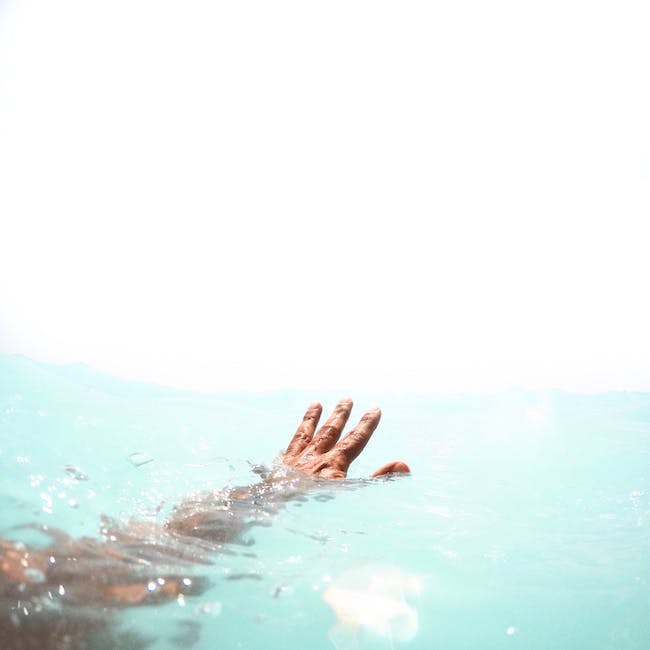 Maybe after being saved that first time, I would learn my lesson and always wear my lifejacket and care more about safety than my fishing gear.  But anyone who knows me is probably already rolling their eyes at the likelihood of me always making the smart decision when it comes to fishing.  It’s quite possible that having been saved from the water on Monday, I might fall back in on Thursday and need to be saved again.  If we just see sin or hell as a peril that we need to be rescued from because of our behavior, then it’s easy to think that the same decisions that got us in trouble last time could put us right back in trouble again.  Then we might “lose our salvation,” because we’d need to be saved again.

However, salvation is not the only thing that happens when we trust Jesus Christ.  That glorious transaction is also described as redemption, justification, sanctification, sealing, indwelling, glorification, quickening, and more.

The Bible passages that talk about this moment are almost too numerous to go through in a single simple blog post.  One of my favorites, though, is John 5:24.  There Jesus says, “Verily, verily, I say unto you, He that heareth my word, and believeth on him that sent me, hath everlasting life, and shall not come into condemnation; but is passed from death unto life.”

Verb tenses matter, though.  John 5:24 doesn’t say that the person who comes to faith through the Scriptures “will have everlasting life” – it says “hath everlasting life.”  That is, it’s not a future possibility, it’s a current reality.  The moment we trust Jesus Christ, we pass from death into a life that can never end.  (And don’t even get me started on the implications of that Greek perfect tense there!)  If we could “lose our salvation” (to mix the other picture back in), that life wouldn’t be so everlasting, would it?

Then there’s the declaration that God will not fail in us.  Philippians 1:6 says, “Being confident of this very thing, that he which hath begun a good work in you will perform it until the day of Jesus Christ.”  Once saved, it is our destiny to become like Jesus Christ.  ([biblegateway passage=”Romans 8:29″])  Even though WE fail in that in this life, GOD will not fail in that throughout eternal life.

I think we fear losing our salvation because we think too small about salvation.  It’s not just a rescue from peril; it’s not just a change of forwarding address for the soul.  It’s a birth – and birth can’t be undone (and death can’t happen after this birth).  It’s a sealing with a seal that can’t be broken.  It’s a contract with a being who can’t go back on His Word.  It’s a relocation.  It’s a transformation.  It’s a change of nature and destiny.  None of that can be lost, or it never happened in the first place.